What is feedback control ?

Feedback works by constantly comparing the actual behavior of a system to its desired behavior. If actual behavior differs from the desired one a corrective action is applied to counteract the deviation and drive the system back to its target. This process can be repeated constantly as long as the system is running.

Advantages of using the feedback control:

Let’s take a example where we might apply the feedback control to control the process. Here is a scenario

So the challenge in front of us is to control the total budget in presence of factors that we can’t even manipulate directly.

Introduce this notion of steady state which is rate of influx of money into the system is equal to the rate of expenditure of the system.We can therefore calculate measure the average amount spent by the system at any time step and we add that amount into our total budget. In the long run things should just work out. Right ? 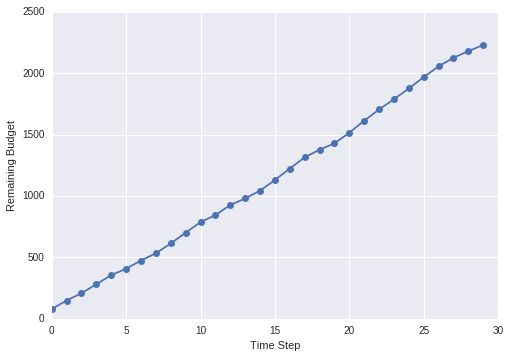 No, turns out when we do this remaining budget will keep on getting piled up. This means that we are unnecessarily putting money into the system even though the system is not capable to spend that money so finding a better solution becomes a priority.

How to control the process ?

So we cannot just rely on the average rate of expenditure but instead we should we monitor money left in the system from moment to moment. So we ask from our advertiser to give us a target as to how much money is acceptable as Remaining Budget. We can then compare the actual remaining budget with the target and adjust the total budget properly. Here we are just trying to sense the direction in which to nudge the process. But we must also take care of the magnitude of the deviation as if the actual remaining budget is only slightly below target, we will add less amount than if it is way off the mark. We will use the following formula to calculate the amount of money to be added:

k is a numerical constant and its value can be calculated empirically. 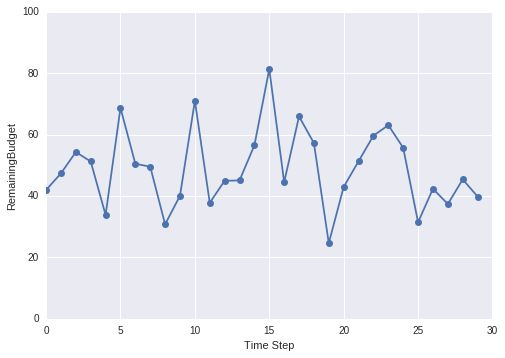 As you can see we are able to stabilize the system to some extent, just by tracking the difference in the target vs actual remaining budget. But there is one problem with this strategy, our corrective action is based on the magnitude of the deviation from the target value which means that if deviation is small the corrective action is small too. For instance, if we set k = 0.5 and choose 50 as target and current remaining budget is 40 then corrective actions is 0.5 * (50 - 40) = 5. If current expenditure is also 5 then we will never be able to bring the remaining budget to desired value. We can overcome this by increasing the controller gain k but then result might overshoot sometimes by an unacceptable amount. Solution is to magnify effect of persistent small deviations by adding them up. 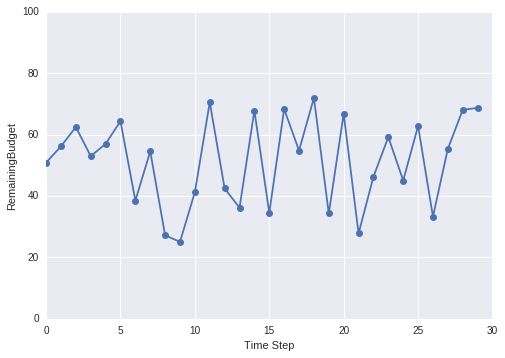 As you can see that we are able to stabilize the system just by tracking error and taking care of the cumulative error.