Finding the optimal distribution of budget among different ad groups so that one can optimize their business objective is a challenging and time-consuming task. One will have to constantly monitor changes and make decisions accordingly or can leave it to an intelligent system which looks at multiple features, trends for the data points and then comes up with suggestions.

The problem we are trying to solve revolves around the distribution of budget among competing ad groups in a way that we optimize a business objective. For this we have to deal with partial information at the time of allocation and over a period of time identify the trend basis of performance. 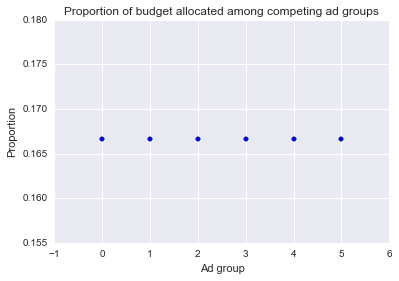 Consider the above example where the Advertiser has assigned equal proportion to different ad groups irrespective of the reach that they target and their past performance. This expresses vague or general information about the problem. This is called the principle of indifference. Depending on the duration of the campaign we may not be able to converge to an optimized state from our original assumptions. 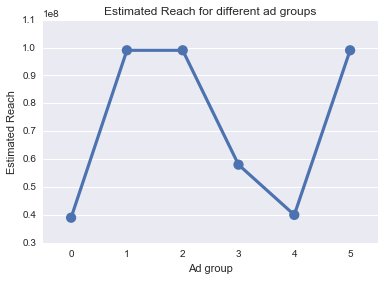 As we can see the estimated reach for all of these ad groups are different and this needs to be taken into consideration for our initial guess.

We help guess the best performing distribution for budgets basis of the past performance and estimated reach of the ad groups involved. We also take into account performance of different placement and optimization settings to make sure the high performing settings are assigned higher weights. 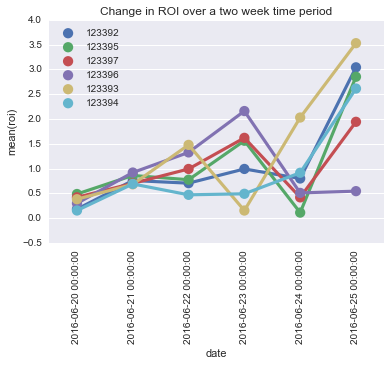 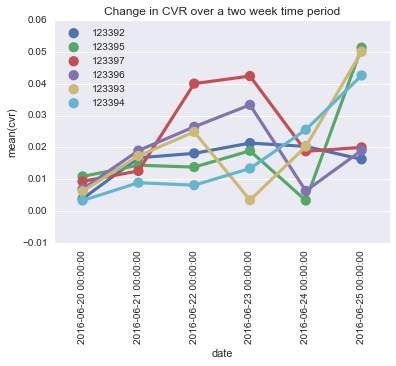 We consider data from different time periods to measure how the different metrics have changed over time but they have to be weighted differently. Recent data should be given more preference and as we move away the weights should be decreased accordingly so that the trends is captured accurately.

The tradeoff that any Advertiser faces is to strike a balance between exploitation of the ad group that is performing well versus exploration. We are trying to acquire new knowledge ( “exploration” ) and optimize based on the knowledge already acquired (“exploitation”). The current algorithm tries to balance these tasks over a certain time period. We also allow the Advertiser to tweak this balance based on his preference by introducing different modes.

The reason to consider Bayesian Bandit is to embrace uncertainty that is ever so present in the process. A Bayesian Bandit rewards the ad group that is performing well but also gives some chance to the ones not performing so well right now hoping that they would bring reward in the future and helps us control the dynamic allocation of resources to different ad groups

They are different in the way they come up with distribution of budget for the upcoming day e.g. in conservative mode, even if one of our actions lead to a huge improvement we would still be a little conservative in investing more in that particular ad group and for aggressive mode we would aggressively make changes to the ones performing very well and ones performing poorly. 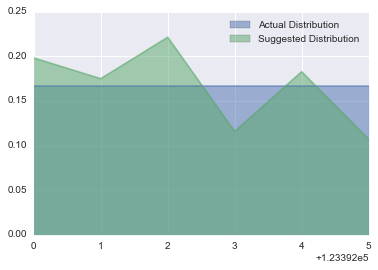 Budget Allocation as suggested by our algorithm on 26th June, 2016 versus the uniform distribution being used by the Advertiser